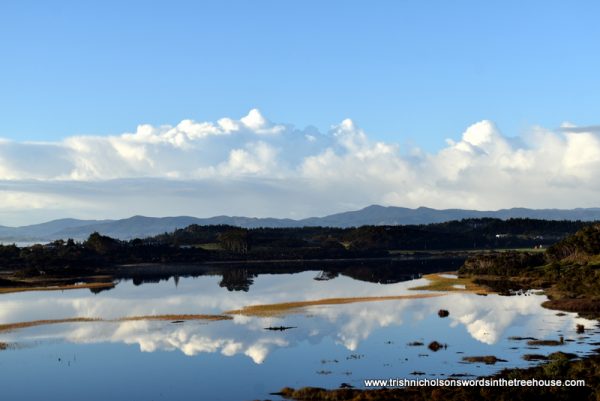 My view on a bright sunny day – clouds paddling in the lake, trees preening along the water’s edge – and it is what I saw from the top of an eroded, weed-infested hill in New Zealand’s far north sand country late in 1998. Now, over twenty years later, that sandhill is a burgeoning five acre forest of young native trees. 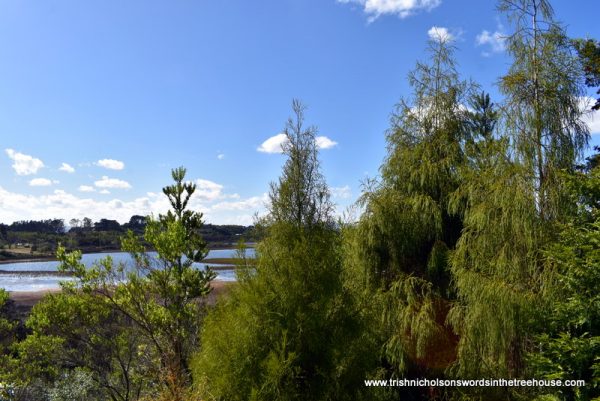 How that came about, and how the surrounding dunes, lakes, swamps and beaches were formed over millennia, you will discover in The Five Acre Forest along with the trees and wildlife that now surround me. You will also find local myths and legends of the natural world, the human history that sought to transform the land, and sixteen colour photographs from the five acre forest.

I stopped off in New Zealand when travelling to Britain from the Asia-Pacific region where I had worked for many years as a development aid worker and researcher. Out of curiosity I asked an estate agent to show me some properties in the area. When he brought me to the neglected sandhill I insisted on struggling up the steep slope through gorse thickets and loose sand to reach the top…

“As I skid and tumble back down the slope to the estate agent’s car, a gutsy breeze blows loose sand into my hair and between my teeth.

Showering and changing into clean clothes at the backpackers, I realise I have stopped thinking about other locations. The hump of sand has become ‘the Dune’. It insists on being part of my future, whatever that future holds. But only ten days remain before my onward flight to London.

By the time I leave for the airport, I have committed to buying the Dune, and picked up a fat wad of immigration forms. I own a tiny piece of a country in which I have no right to settle.”

It was ‘now or never’. By the following year, I would have passed New Zealand’s age limit for entry as an immigrant worker.

As in life past and present, everything in an ecosystem is connected and the rhythms of the natural world intersect. My planting work, the lives of trees and birds, the shades cast by the land’s deep-time story, the spiritual dimensions of myth and legend, and the ever present history of human lives all interlock to create my life on the Dune. 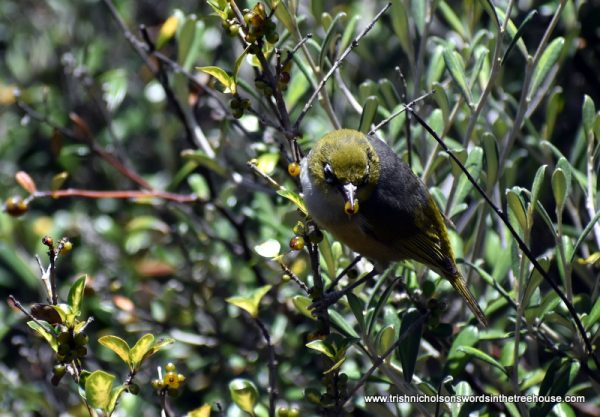 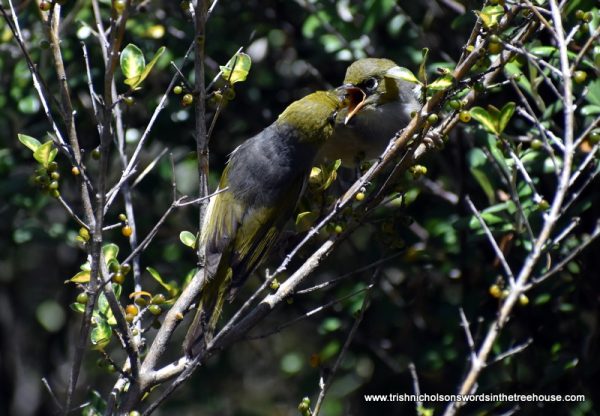 It took me some time to work out how to turn this complex wholeness into a narrative that must, of necessity, have a beginning and an end. Eventually, I decided to braid together with my own story the various strands of the whole: the seasonal rhythms that drew me into my tasks each day, the tendrils of human history left in the landscape, and the deep-time story of the land’s dunes, lakes, swamps, beaches and vanished forests weaving in and out of everything. 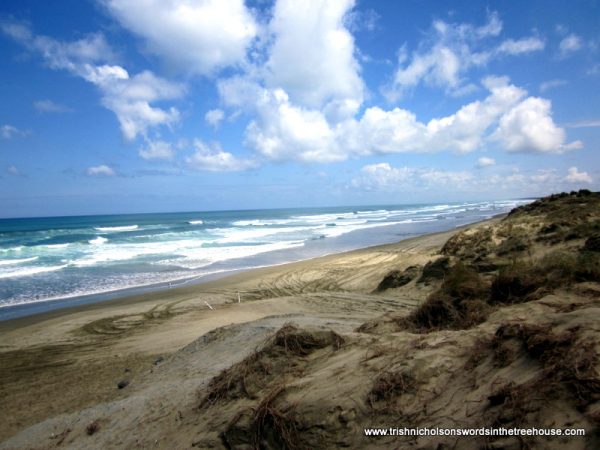 Here is the outline of that narrative:

‘Sand in my hair and between my teeth’ – the beginnings of my relationship with the wounded sandhill that became ‘the Dune’; its place in the surrounding landscape among its ‘cousins’, the dunes, lakes, swamps and beach; and my own heritage of sand and trees.

‘I was not the first to disturb the spirits of the dead’ – the burial place of ancient kauri forest beside the Dune; kauri’s special grandeur in fact and myth; the history of its ‘gold nuggets’ of fossilised resin; and present demand for the lustrous grain of its exhumed timber.

Chapter 3: Dune in Autumn and Winter

‘I can never take for granted the wondrous magic of a seed’ – the vulnerability and malleability of sand as I clear noxious weeds; planting native tree seedlings with the land’s seasonal rhythm; the nature of rain; and collaborating with nature’s networks above and below ground.

‘My constant companion, the almond-eyed lake” – its origins and sensitivities; the creatures whose lives depend upon it; and its ever-changing colours and moods in the interplay between sky and water ‘who have no secrets from each other’.

Chapter 5: Dune in Spring and Summer

‘Each spring releases a fresh sense of urgency’ – the nature of birds, plants and insects that herald the season; the onset of summer heat from a forensic sun; and the ever-present threat of drought as I juggle limited water supplies.

‘The old sea-salt of a great-great-grandfather, the ocean’ – how it formed the dunes, swamps, lakes, beaches and the whole tombolo; the legend of ‘Māui’s Great Fish’ that became Northland; and the history that was made on Te Oneroa-a-Tōhē, or Ninety Mile Beach.

‘Twenty summers and winters have passed’ – the lives of trees and supporting understorey establishing on the Dune; the rape of the swamp; personal endings and erecting a tree house; the trauma of drought; and reflections on the past and future of the five acre forest.

(with Māori, common, and botanical names)

Because The Five Acre Forest is a nature memoir, it is more personal than my other books, but it is principally a story of place, of land and nature, of transformation and of reciprocity. It is also a story of hope. Described by one of the editors as “Heel on spade nature writing that is lyrical, passionate and full of wonder.”

Available in the UK from bookshops, and direct from the publisher’s website (where it can be pre-ordered now and copies will be sent out ahead of the official release date): https://www.troubador.co.uk/bookshop/computing-science-education/the-five-acre-forest/

Worldwide, pre-order from The Book Depository with free delivery: https://www.bookdepository.com/The-Five-Acre-Forest/9781800464872

And from all major online book stores including, I am told, within Finland 🙂

The Five Acre Forest will soon be available as an ebook from your favourite digital store.

2 thoughts on “Seeds of the Five Acre Forest”