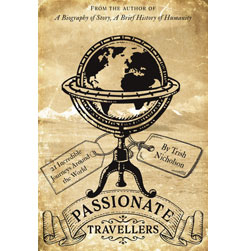 Passionate Travellers: Around the World on 21 Incredible Journeys in History was released on 28 April and is available in paperback and digital editions (links at the bottom of the page).

Why did I write Passionate Travellers? I wanted to create a treat for fellow lovers of travel and history while indulging in my favourite subjects: people, places, and their stories.

Putting these travel tales together involved a great deal of painstaking research, but it is not an academic study. Though the book is packed with intriguing facts, I wrote it purely for your enjoyment. If you gain even half the pleasure and inspiration in reading it as I gained in writing it, my mission is accomplished.

Going back in time is to appreciate the real meaning of ‘journey’ – inner transformation as well as outer translocation. In the past, travel was a slow and dangerous enterprise undertaken only to achieve some imperative; those who attempted it needed dedication, patience, courage and, sometimes, cunning.

In these true tales of journeys across deserts, mountains, jungles and seas to every continent and many islands, we span more than 2,000 years of history to tread in the footsteps of adventurous people, to experience not only the places but also the times through which they travelled. History matters; its essence walks beside us in the present.

These passionate travellers came from Africa, China, Persia, Russia and the Mediterranean as well as from America and Europe. They travelled from east to west as well as from west to east. What could a poet, diplomat, parlour maid, missionary, journalist, artist, invalid, naturalist, slave, scholar, doctor, pilgrim, eccentric cyclist, widow, dilettante, and an anarchistic opera singer possibly have in common?

Each of them, eight women and thirteen men, were driven by a passion to achieve a personal quest whatever it might cost – even their lives. They found courage in their purpose. Many found strength in a sense of humour. Not all survived.

Limiting the tales to 21 travellers was a tussle. But because I needed space to describe complete journeys, more would have made the book too long. So I chose the most intriguing characters I could find that would give the right geographical and historical spread. And I wanted them to be diverse in their origins, backgrounds, and motivation. They are not the usual ‘conquering heroes’. A few are well-known – Michel de Montaigne, Anton Chekhov, Isabella Bird, Marianne North, Robert Louis Stevenson – but most were ordinary people made extraordinary by their incredible journeys. Many have since been forgotten. 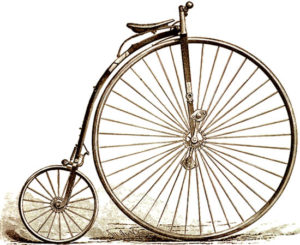 Who now knows that Octavie Coudreau, stranded in a canoe on the Amazon in 1899 with the body of her dead husband, continued charting the river? That Thomas Stevens was the first person to cycle around the world on a penny-farthing? Or that Harriett Chalmers Adams’ was the only woman permitted to report from the trenches in World War I? And why was an English parlour maid abandoned on the Trans-Siberian railway and arrested by Stalin’s secret police?

One of our travellers, though far from forgotten, has been maligned for too long:  Herodotus’ description of the great Egyptian port city of Heracleion, decried by academics for centuries as ‘fanciful’, has recently been verified by marine archaeologists. It gave me great pleasure to liberate the ghost of Herodotus.

Without modern supports of travel insurance, cash machines or the internet and, in many cases, without map or compass, these passionate travellers journeyed on foot, rode yaks, camels, horses, mules, or a high-wheeler bicycle for weeks, months, even years to reach their destinations. Or they were carried in carts, carriages, canoes, sailing ships and, more recently, on transatlantic steamers and the Trans-Siberian Railway. 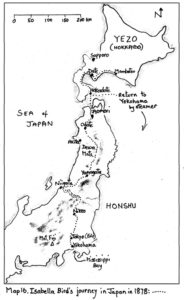 To help you follow their travels, I have drawn sketch maps of their routes as far as they are known: ‘rough and ready’ sketches much as the travellers themselves might have drawn.

Over the years, I have travelled or worked in most of the places featured. This helped me to identify with each traveller, but each person’s experience of the ‘other’ is unique. Our perceptions, too, are conditioned by our own culture and motivation – no less so for the passionate characters whose journeys we share.

Who were these courageous, inspiring travellers?

The Greek – Herodotus (c.485–c.425 BCE) Although Herodotus wrote his Histories to explain Greek victory against the greatest invasion force of his time, the Persian Empire, his passion was to visit and record the ‘great and wondrous deeds wrought by Greeks and by barbarians’ …

The Martyr – Gonçalo da Silveira (1526–1561) When his murderers stripped Gonçalo da Silveira’s body before throwing it into the river, they discovered tiny iron points sewn into his shirt; they were convinced that this armour had empowered the evil spirit of a sorcerer.

The African – Olaudah Equiano (Gustavus Vassa) (1745–1797) Olaudah Equiano’s first journey was unexpected and involuntary … he writes of his childhood when strangers abducted him and his sister from their Igbo village in the Kingdom of Benin.

The Scotsman – Mungo Park (1771–1806) His place of confinement was a rough flat-roofed hut of bundled corn stalks. From a corner post an outraged wild pig lurched on its rope to snarl and gnash at the constant stream of people who entered.

In Eurasia and Scandinavia:

The Diplomat – Ahmed ibn Fadlān (10th century CE) Ibn Fadlān, a respected fakih, an expert in Islamic law, lived in Baghdad, capital of the Abbasid Empire, where summer temperatures scorched the earth for four months and it never froze in winter … he could not imagine the cold he would endure on his way to a rendezvous by the Volga River…

The Tomboy – Ida Pfeiffer (1797–1858) It was well that no one from her pretentious city of Vienna saw Ida Pfeiffer’s small, slim, slightly stooped figure scrambling over lava rocks on the flanks of Iceland’s Mount Hekla, because she was wearing a garb she wore nowhere else unless far from home – trousers.

The Doctor – Anton Chekhov (1860–1904) Where would a fun-loving, thirty-year-old Russian bachelor with a flourishing medical practice and a successful writing career choose to spend eight months travelling in the nineteenth century? … Chekhov chose Sakhalin Island – Russia’s notorious penal colony off the east coast of Siberia.

The Parlour Maid – Gladys Aylward (1902–1970) When the Trans-Siberian train she was travelling on was abandoned by the driver at the Chinese-Russian battle front in November 1932, Gladys Aylward tramped, alone, back along the frozen rails towards the nearest station; the tin kettle and saucepan strung from her suitcase clanging in rhythm to her tread, while wolves howled from surrounding forests.

In the Mediterranean and the Middle East:

The Abbott – Daniel of Kiev (early twelfth century) To find all the holy places he longed to see, Daniel needed the help of fellow travellers and local inhabitants. Maps were rudimentary, more representations of theological convention than geographical reality.

The Pious Mongolian – Rabban Bar Sauma (c.1220–1294) Rabban Sauma’s twelve-year expedition from Khanbaliq (Beijing) to Jerusalem is arguably the most convoluted journey never to have reached its intended destination.

The Dilettante –Michel de Montaigne (1533–1592) Michel Montaigne claimed to disown passion in favour of reason. A humanist, a man of the Renaissance, he preferred calm deliberation over the chaos of religious wars that surrounded him in France … Yet on a personal level, he was surely deceiving himself.

In Central Asia and India:

The Pilgrim – Fǎxiǎn (Fǎ-hien) (c.379–467) Even after years of monastic discipline, of detachment, tears rolled down Fǎxiǎn’s face … what had opened the floodgate of emotion was the sight of a white silk fan.

The Anarchist – Alexandra David-Neel (1868–1969) Resistance to the ‘garden gate’, to boundaries social and physical, fashioned much of Alexandra David-Neel’s life. And it motivated her final attempt to enter Lhasa, a city forbidden to foreigners. Disguised as a beggar-pilgrim, she travelled with a revolver tucked into the folds of her Tibetan dress, and gold coins concealed in her belt. She would use both.

The Friend – Mildred Cable (1878–1952) Near the end of 1901, twenty-three-year-old Mildred Cable gripped the steamer’s deck rail looking out for the first sighting of Shanghai. Someone would meet her there and lead her to the Protestant mission at Huozhou, in Shanxi Province, China.

In South-East Asia and the Pacific:

The Poet – Matsuo Bashō (1644–1694) Matsuo Bashō never ventured beyond Japan’s shores, yet his meandering, contemplative excursions, walking thousands of miles, traced a journey of discovery, not only of place minutely observed and recorded, but also of inner consciousness…

The Invalid – Isabella Bird (1831–1904) If the price in physical pain that Isabella Bird paid for her experience was sometimes extreme, her wealth in curiosity and determination was greater.

The Artist – Marianne North (1830–1890) Marianne North thought Charles Darwin “the greatest man living”. On 18 April 1880, a few weeks after his “royal command”, she boarded the French steamer Sindh in Marseilles. It was sailing to Singapore, not direct to Australia, but she had a special reason for taking that route.

The Widow – Octavie Coudreau (c1870–1938) Octavie Coudreau knelt in the canoe, cradling the body of her husband. They had been surveying the unchartered upper reaches of the Trombetas River, a tributary of the Amazon … Tomorrow, if she could bear to face the mocking sun, she must find a final resting place for Henri.

The Journalist – Harriett Chalmers Adams (1875–1937) Harriett was primed for her first foray deep into Latin America. She decided to make the opportunity into a major tour; a journey that would last almost three years and turn her passion into an unexpected vocation.

The Cyclist – Thomas Stevens (1854–1935) ‘Audacity’ better describes the trait that spurred a young English immigrant to be the first person to cycle across the American continent on a penny-farthing he had learnt to ride only the week before. And then, he cycled around the world.

To book your passage with Passionate Travellers, order from your favourite local bookshop; purchase online from The Book Depository free of freight charge ; from Amazon US, Amazon UK ; or from your preferred national online store: Passionate Travellers is distributed locally in Canada, USA, Australia, Brazil, South Korea, all EU countries, India, and China.

The eBook is available from all major online book retailers.

Title: Passionate Travellers: Around the World on 21 Incredible Journeys in History