An author with a blog rather than a dedicated blogger, I rarely participate in blog tours, but I so admire Lorraine Mace (@lomace) with her multiple writing roles, that when she invited me to take part in the Writing Process Blog Tour, I didn’t hesitate. Lorraine’s blog is here:  http://thewritersabcchecklist.blogspot.com

The questions are good, too, by which I mean they are tough and require some thought.

Two projects are at different stages: a completed travel narrative about the 5 years I worked in a remote part of Papua New Guinea, which will be published in the next couple of months, and a book about stories and storytelling. The latter will be a long read. Nicknamed, with affectionate exasperation, the ‘magnum opus’, the idea has been fermenting for a couple of years, but other books pushed in front. It has a historical perspective, which means my research reading list is huge and growing by the day with new discoveries. The hardest part is being selective and not losing a day, a week, a month, immersed in any one of these wonderful, inspiring tomes.

2) How does my work differ from others of its genre?

A tricky question, this, much favoured by agents and publishers, and as I have neither yet for this latest story project, I gave it careful thought.

Despite the publishing world’s insistence on dividing human experience into narrowly defined genres for the purposes of marketing and branding, I think many readers, especially of literary non-fiction, want books that recognise connectedness, that synthesise and make sense of life in ways more akin to our real existence and the way our own minds work. Dante had it right: ‘Hell is a place where nothing connects with nothing.’

Storytelling defines us as human beings. My present work draws together the social and historical background to storytelling to inspire greater understanding of stories and ourselves. Apart from the fact that I know of no other book that attempts this in the same way, I believe a holistic approach is what characterises my work.

I’ve ways had a deep interest in people, any people, anywhere, which is, I suppose, why I studied social anthropology, and keep on doing so long after my PhD even though I’m not an academic. It led to a lot of travel, more than fifteen years living in various countries, mostly working on aid and development projects, so it seemed natural that I should write travelogues. Two published so far are: Journey in Bhutan  and Masks of the Moryons .

But the same ‘me’ is also a storyteller who writes short stories, so my writing style is narrative non-fiction – creative writing techniques applied to facts. Facts don’t have to be a dry and stuffy read. I loved combining anthropology and stories in From Apes to Apps: how humans evolved as storytellers and why it matters.  Understanding the power that stories have in our lives and over our minds is something I am passionate about. It became a cautionary tale because story power can rebound on us.

After that I was drawn more directly to stories themselves, and in the book that resulted, Inside Stories for Writers and Readers – musings and advice on creative writing – I had the fun of including fifteen of my short stories for illustration, so a little under a third of the book is fiction.

Then I was commissioned to produce Writing Your Nonfiction Book, based on the narrative style, which was exhausting because it did have to be ‘the complete guide’, including publishing and marketing as well as writing techniques. But even before that was released, ‘magnum opus’ grew impatient and gave me no peace – so that is why I have finally surrendered to it.

4) How does my writing process work?

Fiction and non-fiction employ the same writing craft; the difference is in the process because of the need in non-fiction for verifiable fact as well as creativity. My non-fiction process may appear messy to others, but the mash-up of activities, the plotting, reading, drafting and wondering – and the wandering off – that I indulge in, does seem to work for me.

I plan and outline while I research, working the two in tandem, and then oscillate between research and writing. At times it can feel as if I am going round in circles, but I have learnt faith in the fact that I am actually following spirals: after each circuit I am a few steps nearer my goal. For each book, there is a theme which establishes a point of view, an angle. I dig deep into sources, but have to stand back and create some distance to gain the perspective from my particular view point.

But before I return to the fray, I have the pleasure of passing the baton to the following three talented writers who bring their own insights to the writing life and process. Why not check out their blogs?

Obinna Udenwe is the youngest most published short story writer in Nigerian. His work has appeared in Brittle Paper, Yimu Central Kalahari Review, ANA Review, Fiction365, Nigerianstalk Litmag, FlairMagazine, Outside In Magazine and local Nigerian newspapers. His new novel ‘Satans & Shaitans’ is a conspiracy theory that highlights the increasing issues of terrorism in Nigeria, and the roles Christians play in it. It was published in November 2014 by Jacaranda Books.

Nora Vasconcelos: Ever since I was a little girl books have been an essential part of my life. Fantastic stories from exotic places filled my mind for years until I started writing my own stories. Years later, I became a journalist. In 2006 I published my first children’s book in Spanish, and in 2011 I started my blog in English, The Traveling Book Club,which allows me to combine my passion for writing with my passion for traveling and learning about the world. 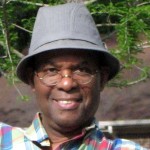 Andrew Hill regards himself as a literary grandson of Ralph Ellison and James Baldwin. His novel series, Crowed, is a set of linked novellas about love, race, and identity, which follow the Hathaway family from its sharecropping days in 1888 to Civil Rights and beyond. A Paul Bowles Fellow in Creative Writing at Georgia State University, he won first prize for fiction at the Agnes Scott College Writer’s Festival while working on his MFA.