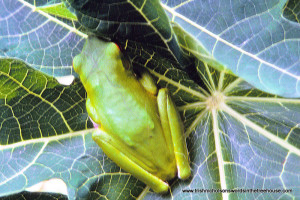 My recent book, A Biography of Story, A Brief History of Humanity is described on the cover as ‘an entertaining cultural history’ and indeed, it is written in a storytelling style for the general reader. But this story has a serious edge.

Stories, whether fiction or fact, have a huge influence on the way we think and act, and on perceptions of the past which create our identity in relation to others. Because of this power of stories, those in authority have always tried to control or silence stories that challenge their own master narrative, while courageous storytellers have told alternative tales.

This is more than ever the case since the global reach of digital communications, whether the motives are commercial, political or ideological. The manipulation of narrative has become so intense that the Oxford English Dictionary has added ‘post-truth’ as an indispensable new word.

Two recent articles relating to British imperial history, one on Myanmar, the other on modern racism, were brought to my attention by Dr Clare Anderson, a global historian at the University of Leicester, through her Twitter account (@sysgak) – still equally powerful as a source of truth as well as untruth if used wisely. Reading these articles confirmed how deeply hidden some manipulated stories are and how difficult it can be for us to know when we are being fed someone else’s master narrative.

The fact that ‘economies with the truth’ may be found also in places deemed innocent of ill intent, yet having the potential to influence millions of people, inspired this post drawn from my current work-in-progress on travellers’ tales through history.

One of my travellers, the British botanical artist Marianne North (1830–1890), travelled to every continent with an obsession to paint from nature as many plant species as she could gain access to – a courageous mission for a woman in the Victorian era. She discovered several new species and built and donated to the Royal Botanic Gardens, Kew, a superb gallery to display her work, supervising every aspect of the final exhibition despite struggling with broken health in her last years.

The gallery now contains over 800 of Marianne’s floral and landscape paintings, and although not all Kew’s visitors view the gallery, Kew received 1.62 million visits in 2015 (more than Saint Paul’s Cathedral and only a little less than Westminster Abbey). Marianne North’s gallery represents a visual story with huge potential impact on the perception of British colonial history.

Marianne was greatly assisted in her endeavours by belonging to a wealthy and influential clan: a descendant of Lord North (British prime minster 1770– 1782) with family members scattered throughout the world to administer the occupied territories forming the British Empire. These contacts at various times provided letters of introduction, accommodation, transport, protection and access to areas denied lesser mortals. But that is not to dispute that Marianne often travelled alone and endured dangerous and challenging conditions to achieve her goal regardless of her health and comfort.

Although Marianne’s adventurous spirit is emphasised by Michelle Payne in Marianne North: a very intrepid painter, Payne concedes that Marianne’s achievements were made possible by the existence of the British Empire. But this is stated with such economy of truth as to be misleading:

‘While Marianne was in many ways an unofficial ambassador for the British Empire, and was certainly only able to explore as she did because of the Empire, she was not scared to draw attention to its negatives.’ (Page 83) [My italics]

Marianne’s negative comments are all to do with the destruction of native flora and fauna because the natural environment was her principal concern above all else. Of the tyranny, exploitation and racism underpinning Empire, Marianne makes no criticism in her Recollections. On the contrary, along with her social class and generation, she accepts without question settlers’ racist depictions of indigenous peoples and the role of Empire in ‘civilising’ them or simply driving them off their lands.

After describing a camp of ‘native Indians’ in California as ‘miserable creatures’ with uncombed hair, she writes: ‘Those who still have sentimental ideas of the cruelty of white races in driving out the blacks have not even seen the little I have seen of them, or they would soon change their ideas.’ (vol.2, p.198).

Marianne liked better the Dyaks and mountain dwellers she came across in Java and Borneo: they were deferential and rushed to gather plants for her to paint. In general, she is better disposed towards humanity when weather and circumstances favour her painting; if not, fellow Europeans are assessed according to their class and ‘natives’ are ‘stupid’ and ‘lazy’.

Such prejudices are to be expected: they were shared by the majority of her fellow countrymen at that time.

But Michelle Payne’s statement concerning the British Empire, that Marianne North ‘was not scared to draw attention to its negatives’, suggests that Marianne’s views held some higher moral ground than those of her contemporaries, that she was brave enough to criticise the inhumane excesses of Empire – this is entirely untrue. And the implication that we can somehow celebrate her gallery without needing to be aware of atrocious acts performed by the administrations that made it possible is to draw a poisoned veil over reality. It is also a lost opportunity for some honest education.

My purpose is not to diminish the extraordinary achievements of Marianne North, or the significant educational and scientific value of her work, but rather to reveal how vigilant we need to be in assessing institutional narratives of British or any other national history; that we have a duty to identify and remove whitewash wherever applied for whatever reason.

To fail in this task is to do a grave disservice to present and future generations faced with the human misery of conflicts, famines and desperate migrations that are the continuing direct and indirect consequences of imperialism.

Michelle Payne, Marianne North: a very intrepid painter. A copiously and beautifully illustrated book published in 2011 by The Royal Botanic Gardens, Kew, to mark the 2009 restoration of the Marianne North Gallery.

Marianne North, Recollections of a Happy Life, Volumes 1 and 2. Forgotten Books, 2015 (reproduction of original publication by Macmillan and Co.1894).