A face to remember: the north-east face of Chomolungma (Mount Everest) – the Tibetan side, a photograph I took from the East Rongbuk Glacier.

But the faces I have in mind are those of people. 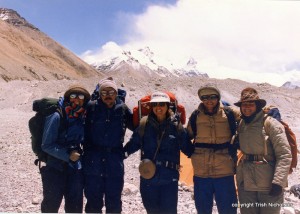 These are my companions on that trek up East Rongbuk. Returning from reaching 20,000 feet (6,154 metres) on the flanks of Everest, we look very pleased with ourselves (I’m grinning on the right), but in this post, I’d like to share with you some memorable faces of local people met during various other Himalayan treks. 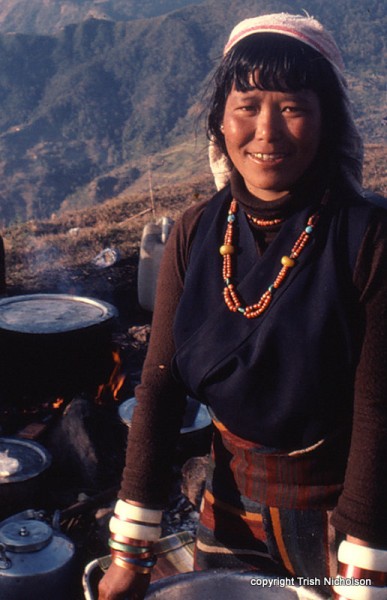 Ajita, one of the camp crew on the trek around the Annapurna Circuit in Nepal, is preparing our evening meal. One of the problems in this part of the Himalayas is deforestation, which results in erosion, and devastating floods in lower valleys. Ajit was extremely careful with firewood; keeping the fire burning only as long as necessary, dousing the flames and saving the wood for the next meal. We supported her efforts: refusing offers of hot water for washing, and putting on extra clothes rather than expect a fire in the evenings. 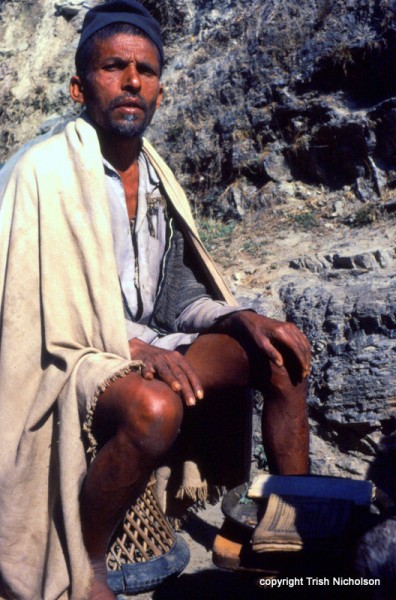 To me, he is the Soothsayer. I don’t know his name; we passed him on the track and he may in fact be a public scribe, an educated man who reads and writes letters for those who cannot do so for themselves. But those books at his feet look intriguing, perhaps they are for divining auspicious days – there is certainly something of the sage about him.

In Kathmandu there are so many fascinating faces, it is best simply to sit on the dusty steps of a temple and watch them go by.  That is how I met this young boy with the red tika mark on his forehead. When I asked his name, he said proudly, “My nem two nem. Mitra Pramesh.” It was the Hindu festival of Holi: all the youngsters were throwing water bombs and handfuls of coloured powder at each other. When a water bomb landed on me, I put my camera away and gestured that they should share with me some of their water bombs and powder. They did, and soon conceded, amid shrieks of laughter, that I was just as good a shot as they. 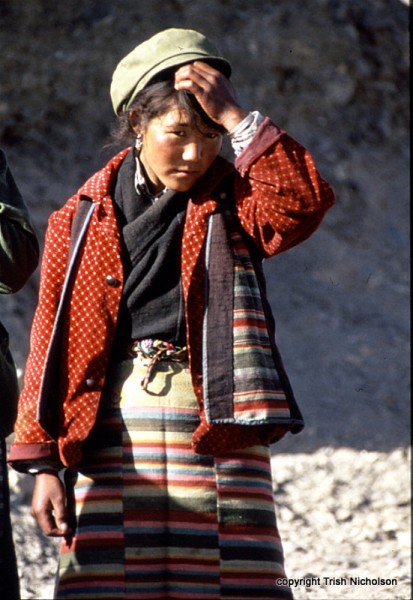 I find this photograph particularly poignant: a young woman wearing Tibetan dress, a western jacket…and a Chinese cap. She was one of a crew of labourers working on the new road to Lhasa; breaking rocks by hand, loading them onto mule carts, and when these were tipped up to cascade their loads onto the ground in clouds of dust, ramming them into place to form the foundations. 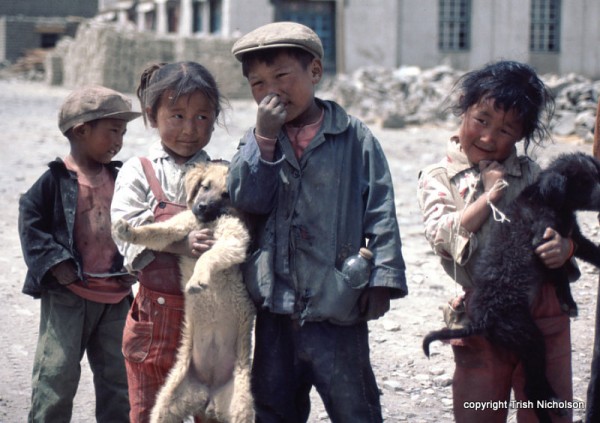 Driving across the Tibetan plateau – in an old Bedford truck carrying spare parts and driven by a Tibetan who knew how to fit them – one of the outposts we stopped at was Gyantse.  It seemed to be full of goats, dogs and children; the latter, as fascinated by us as we were by them. The older boy was especially interested in my camera. When I held it to his eye, he was delighted by the magic of looking through the lens while I zoomed distant buildings towards him. When you think about it, photography is pretty magical! 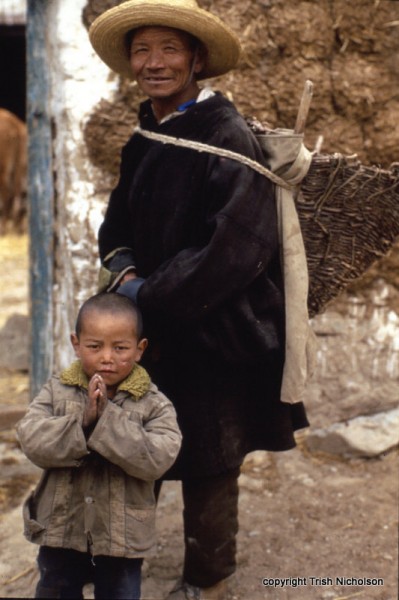 In a family’s house nearby, the fuel for their cooking stove is stored on the wall: pats of animal dung and straw pressed onto the surface to dry. Sun-burnt and wind-dried faces, marks of survival in one of the world’s most unforgiving environments, bear the smiles of traditional Himalayan welcome. In a strange irony, it seems that the harsher the conditions and the less people have, the friendlier the hospitality. 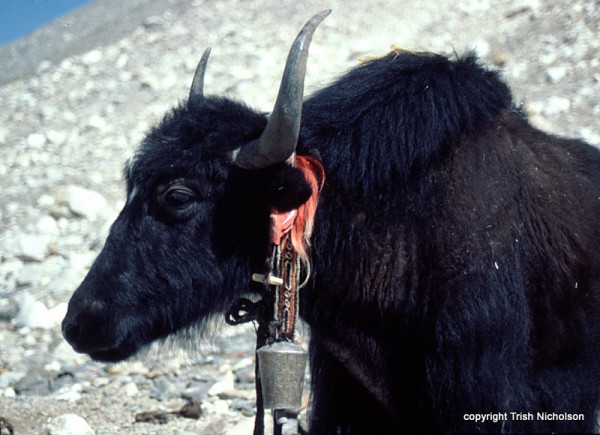 It may be cheating a bit to include this face, but this is Fred, the dzo (a cross between yak and domestic cattle) who carried my bag and tent, with great care, from the crumbling monastery at East Rongbuk to our campsite at 18,000 feet. I wouldn’t have been able to do it without him. Fred’s bell still hangs on my study wall, while the pair of jeans I traded for it have probably worn out by now. 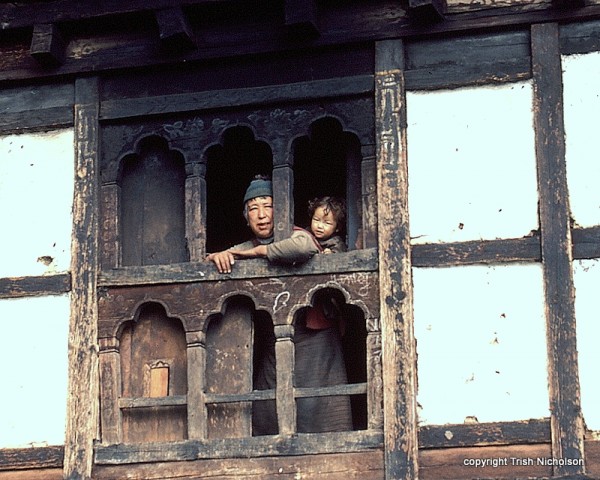 Bhutanese faces at a window. The carved window frames have faded, but those in the main streets of Thimphu, Bhutan’s capital, are still brightly painted with traditional symbols in vivid colours. Not solely for the pleasure of beauty, but to bring good fortune and avert evil spirits. 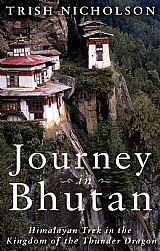 You can see photographs of some of these buildings, and more Bhutanese faces, in my illustrated e-book travelogue: Journey in Bhutan: Himalayan trek in the Kingdom of the Thunder Dragon.

And don’t miss all my other posts on Bhutan: go to the list of categories at the bottom of the right hand column and click on ‘Bhutan’.