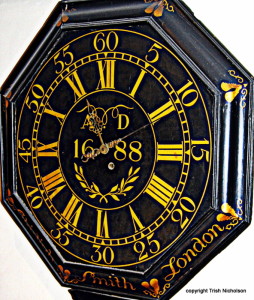 Until recently, I offered relaxation therapy each week to the residents of a nursing and care home and I learnt something important there about what it is to be frail and elderly.

Let’s call him Frank, it’s a good name. He’s only been at the care home a few weeks. Still a lot of adjustments to make, but he was adventurous enough to take up the offer from Julie, the activities manager, to book a foot massage.

When she asks me to schedule new clients, she briefs me on any medical conditions I need to be aware of, so I can decide the best methods and oil blends for them. She said Frank was reasonably mobile, able to get himself to the dining room with his wheelie walker most days, but he was becoming forgetful and sometimes muddled. She took me to Frank’s room and introduced me. After discussing what he wanted and what I could do, we agreed to start the following week.

When I arrived with my stool and my oils, Frank was sitting in his easy chair, his spectacles leaning over the end of his nose, reading a book. He remembered the appointment but held fast to his book. “Yes, yes, I remember about that, but I don’t have the time. I don’t know…visitors might be coming. I don’t know what might be happening. I’m just too busy right now.”

I knew Frank didn’t have visitors but he might have had second thoughts about the massage. “No problem Frank. I’ll pop in before I finish for the day, and if you’re free, we’ll do it then if you still want to.”

When I returned later I only put my head round the door: “Are you free? I can do your feet now if you like, but it doesn’t matter if you’d rather not. It’s up to you.” I was told firmly to “come in properly and sit down,” and after a bit of half-hearted sighing and tutting on his part, we began.

As we chatted I learnt he’d been an active sportsman, so we talked sport – me asking the questions because I know little about it – and progressed to training, diet, and healthy eating, pausing for moments of frustration when his memory failed him. He followed my work on his feet with interest, asking about the oils and the technique. At one point I saw a hint of a smile before it was quickly pulled back into line, but he thanked me and asked me to come again the following week.

When I went back a week later, he greeted me the same way as before: he was too busy. This time I could come back in half an hour, otherwise we’d have to leave it till the next week. I can generally juggle the timing between clients, but I need to co-ordinate with care staff’s schedules as well.

Half an hour later, he was waiting for me and ready to “kick off”. This time several smiles were allowed to flourish as we covered new topics of conversation, switching lanes when his memory hit a roadblock.

Frank is not a ‘difficult’ man, nor is he ‘playing games’ in the way most people use that expression: to score an advantage over others.  He is trying to hold on to an identity whose time matters; whose right to prioritise and seek negotiated agreement rather than compliance is to be recognised. Sometimes this comes out awkwardly, grumpily or unreasonably because it is a new experience for him – feeling the need to assert the value of his time. We take such control for granted in our everyday exchanges: “If you’ve got time would you…”  “I’m sorry I don’t have time right now…”

Valuing personal time is part of our self esteem and of recognising the worth of others. Nobody has enough time to do everything asked of them but compromises are worked out. We enter into a form of contract. In an institutional setting like a care home, where so many freedoms are surrendered, the power to enter into personal contracts is easily eroded.

The common assumption that residents of care homes have an endless expanse of time with little to occupy it is largely true, because their bodies won’t let them do what they would wish, but it doesn’t mean they accept it without a fight. Battle strategies include giving priority to actions others consider trivial, or insisting on the urgency of small routine tasks (more difficult to achieve now that they used to be), and not having time for what others want them to do.

I like elderly people to be assertive. The word is often abused: I use it to mean communicating in a direct and confident manner that presupposes mutual respect.

Much of what we lose when age or illness reduces our independence is intangible and hard to explain, but I’ve learnt that, for most of my clients, a terse “when I’m ready”, is a call for recognition. A willingness to compromise where possible, or to explain why it may not be possible, is usually enough to reach an understanding – a contract based on mutual respect.

When I returned to see Frank for his next appointment, he had been right: he didn’t have time. He had slipped away gently in his sleep during the week.

7 thoughts on “Time, for the Frail Elderly”