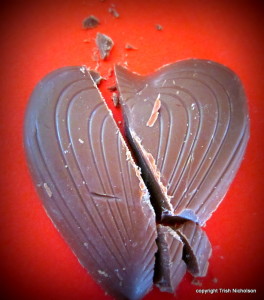 Are you swept along in the plastic-wrapped romance of St Valentine’s Day, or are you a curmudgeon who sees it only as yet another marketing ploy to sever you from your hard-earned cash?

St Valentine himself had little to do with lovers. There is even confusion as to his identity. His posthumous popularity stems from the early Christian Church’s attempt to clean up morals by replacing traditional spring rites with an alternative story – clerical spin doctors appropriating folk culture. And for us down under, it’s not even in the right season: it falls in our midsummer when we are preoccupied with the level of the water tank and whether grass will ever grow again.

As spring rites, their origins were no doubt in prehistoric times, possibly of greater importance with the emergence of agriculture, and were certainly significant to the Celts, but as usual, the Greeks had them well organised. Juno (aka Februata) was goddess of the moon and fertility; her festival – rightly called Luipercalia – began on February 15, and involved Pan, god of male energy, woodland, crops and stock.

During springtime in medieval Europe, when birds are mating and ‘a young man’s fancy turns to thoughts of love’, young people drew names from a jar to discover their Valentine for the festival. The relationship you ended up with depended on the luck of the draw – nothing changed there, then.

And no surprise that Dorothy Parker wrote sceptically of love:

‘Oh, life is a glorious cycle of song,

And love is a thing that can never go wrong;

And I am Marie of Roumania.’

The commercialisation of St Valentine’s Day with cards and gifts is not a new idea, either. Samuel Pepy’s, in his 17th century diary, complains about the cost of buying his wife, Elizabeth, a Valentine gift.

‘This morning came up to my wife’s bedside, I being up dressing myself, little Will Mercer to be her Valentine; and brought her name writ upon blue paper in gold letters, done by himself, very pretty; and we were both well pleased with it. But I am also this year my wife’s Valentine, and it will cost me £5; but that I must have laid out if we had not been Valentines.’

Alternatives for curmudgeons to commemorate on February 14 are: the beheading, in Rome, of Saint Valentine (whoever he was); the murder of Captain Cook on a beach in Hawaii; St Valentine’s Day massacre in Chicago, and the birth of Thomas Malthus, the father of ‘population control’, whose main concern was too much fertility altogether.

If this persuades you to take a more positive view of St Valentine’s Day, beware there are dangers in changing your ways and becoming a romantic. While delivering a bunch of red roses on St Valentine’s Day last year, our local courier handed me the flowers and shook his head, saying: “This’ll only cause trouble.” He told me that when he gave his wife a bunch of flowers – for the first time in forty years – it aroused only her suspicion. “She’s been at me ever since.”

If you’re a Valentine curmudgeon, it might be safer to stay that way.

But to prove that I am not, here is a love poem by one of my favourite Scottish poets, Norman MacCaig (from his Collected Poems, Hogarth 1985) 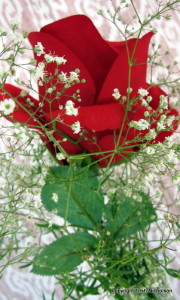 I can no more describe you

than I can put a thing for the first time

where it already is.

If I could make a ladder of light

or pour a table into a jug…

I’m not good at impossible things.

And this is why I’m sure

I will love you for my ever.