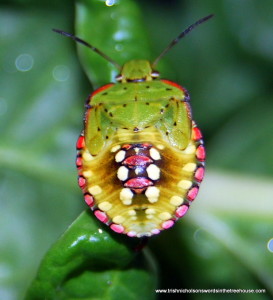 Apart from winning competitions, there are beneficial spin-offs from writing flash fiction: finding one word to replace four stretches your vocabulary; keeping it tight cultivates precision; a small focused target can overcome writers’ block, and engineering the twist will develop a devious mind for plotting.

Sometimes called micro or short-short fiction, flash fiction has been around since Aesop wrote his fables around 600BC. Here is one of my favourites, “A vixen sneered at a lioness because she never bore more than one cub. ‘Only one,’ she replied, ‘but a lion.’”  It makes a good comeback for a one-book author.

Flash fiction is increasing in popularity to become a distinctive literary form. Many competitions now include prizes and anthology publication for short-short stories of anything from 6 words to 1000. The on-line quarterly contest Flash500 is dedicated solely to 500 word stories. Even the Bridport Prize included a flash category for the first time in 2010 – a story of 250 words drawing a prize of £1000.

The challenge is that flash fiction has to be a complete story: catchy hook, distinctive characters, significant conflict and satisfying conclusion. Often, but not always, the story has a twist in the tail – preferably in the last couple of words – that takes the reader by surprise. But you must not cheat; clues to the denouement must be woven so subtly through the story that the judges – who have seen everything and are as sharp as an editor’s pencil – will enjoy being fooled as well.

The other provocation is keeping within the word count; making each word robust enough to carry a maximum of expression, and not being as extravagant with adjectives as I have in the previous paragraph. Imagine you’re paying 50cents a word: seek the best value.

The lower the word count: the greater the challenge. Flash fiction is not an easy option or just the baby brother of the short story. As with poetry, the need to select a word with precision, possibly to convey multiple layers of meaning, can make a point more pithily and memorably in 500 words than in 5000. To quote Anton Chekhov, “Brevity is the sister of talent.”

Read some of the winning flash fiction on competition websites and you will see just how much talent. So how do they achieve it?

Cut to the quick

If you analyse some of those stories, you will see they use the minimum of words to show action and reaction, choosing words strong enough to hint at what they don’t say.

I’m stepping off the kerb here, but I’ll give an example:

“Jason was limping as he slowly approached us. He was on his feet again after an injury on the rugby field but he wouldn’t play again – it had left him feeling rather depressed.” (33 words)

If we cut unnecessary words like adverbs; observations that are obvious; phrases that ‘tell’ rather than ‘show’, and leave a bit to the reader’s imagination, we reduce the words to less than a third.

“Jason limped towards us – his rugby days were over.” (9)

But ‘limped’ is an unsubtle choice, and suggests flaccidity, absence of tension; it leads nowhere. We could help the reader imagine Jason’s feelings by using a less expected and stronger verb that involves the imposition of restraint and so implies a will thwarted.

Jason hobbled towards us – his rugby days were over.

This is a simple illustration; within a story of vivid characters and coiled-spring tension, the power of what is not said can be overwhelming. Sometimes it’s the blanks that kill.

After being this ruthless with a couple of stories you realise how adjectives and adverbs can gobble up the word count to no purpose. Mark Twain was dead against them. His advice was, ‘If you catch an adjective, kill it!’ Sometimes an adjective is necessary for precision, but most adverbs can be cut by using stronger verbs. Verbs work hard – holding down two jobs at once if recruited wisely.

Successful flash writers tend to portray characters through their actions, finding visual, active verbs that also keep the story moving to maintain pace; they use dialogue the same way. Another short-cut is the use of metaphor and simile in place of space-eating descriptions.

It is within these layers of rich text and multiple meanings that they sneak the clues to their final twist, and send the reader back to the beginning to see how they did it.

In a tight space words must play as a team; one idler mid-field can upset the whole game strategy. That’s what sustains the flow and tempo of winning stories; pace and tension are compelling. You have only minutes: don’t give the judge cause to blink let alone lift her gaze from the page. Cold coffee is not your problem.

Ignite a flash of inspiration

All this brutality is left-brain activity – searching, analysing, evaluating – that’s why the experts recommend writing freely to let ideas flow uninhibited, then editing as a separate exercise. Hemingway did it standing up.

‘Writers’ block’ is not in my vocabulary; instead I have the three ‘Ds’: displacement, deviance and dalliance. I’m cunning with all three, but if my current creation is festering unresolved in a draw, or mocking me from the screen, to focus on one idea or character and set a target of just 100 words will stir my write-brain into action.

I take an idea from around my desk – a picture, a book cover, a letter – or whatever I see out of the window. Distracted by a violent storm recently I set to describing it in 25 words – it became the opening paragraph to a new story that was later short-listed in a competition.

Good-to-go for non-fiction too

Flash techniques apply equally to non-fiction writing. My first experience of stripping down to the kernel was after returning from years of aid work overseas, broke and desperate. I became a gobbeter for a university website – reducing paunchy research reports to their 500- word essence. The pay was so poor I had to hack two a day to pay the bills. Yes, it is possible – whiz through contents, index, headings, conclusions, look for the words ‘policy recommendations’ and peek at the style.

Now I’m hooked on flash fiction, not just to make judges gob-smacked with my literary nibbles, but because the word-play, precision and masochistic editing improve my writing and – best of all – I love it.

And if you are ready to go to the other extreme and write a whole book, there is heaps of tips and advice for writing and publishing fiction as well as non-fiction in Writing Your Nonfiction Book: the complete guide to becoming an author

Trish Nicholson is the author of A Biography of Story, A Brief History of Humanity, the first global history of storytelling. You can read the background to this entertaining book here