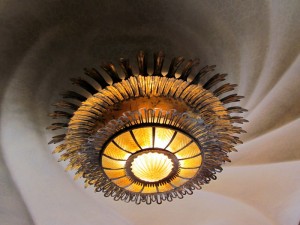 All writers need to do research at some point whether we’re creating alternate worlds, historical dramas, or the complex psychology of characters.Details matter, and if our work is as widely read as we hope, you can be sure some vigilant reader will pick up on our slips. Don’t, for example, have your heroine tripping over a mole hill as she flees from a heart-breaking encounter in the drawing room into the solace of her misty Irish garden. No moles in Ireland. Our friend the mole, Talpa europaea, common in Britain and throughout Europe, swims well – paddling with its front paws – but not across the Irish Sea.

For non-fiction where references and citations are required, research becomes critical along with cross referencing and meticulous recording of data and sources. I’m in the thick of this at the moment with my current non-fiction project. It’s a while since I embarked on a book length ms so I’ve been re-learning the hard way.

With great excitement – because this is a labour of love – I wrote down the theme of the book in one succinct paragraph, smiled smugly and swanned off to brew a pot of tea. On my returned, I read it over again and realised this beautiful paragraph was outlining the contents of the book rather than stating what the book was about. It wouldn’t do. Back to the drawing board, I set out to refine what I’d written into one sentence –the core theme that was beyond any of the content but would be reflected in all of it. Some considerable time later…I knew I’d ‘got it’ when the sentence I’d written raised all sorts of questions like: How? Why? When? – I’d found the lead into my chapter outlines.

But before I’d gone very far into the chapter outlines, I was stumped by the need for a detailed time-line to guide me through the chronology and key events. The outlines were put aside for a while and I worked on constructing the time-line, alternating with searches to check-out specific details and the sources I would need to return to later. I enjoyed the searching so much – everything leads to something else and it’s all so fascinating – it was quite a while before a little voice in my head said: You seem to be having far too much fun; how much of this do you really need?

Pink with guilt I reread the theme-statement, and returned to working on chapter outlines; only to discover I needed more detail on the time-line to finalise chapter sequences, and they showed that I neeeded more searches and reading to beef-up the chapter contents. At this stage frustration set in and I felt I was going round in circles. It took a day of savaging weeds in the garden before it dawned on me: not circles, spirals. The iterative process between structure, content and research was actually spiralling my project forward; each turn of the spiral led me nearer to a workable plan from which to launch my writing.

It seems to be working. I have now written two chapters; they required a couple of mini spirals in the process, but I’ve learnt the value of rotating between time-line, chapter outlines and research, to ensure I am spiralling into control.

So, why are there no moles in Ireland? I don’t know, because the other thing I’ve learnt the hard way is to know when to stop. Research can become addictive, everything is immensely intriguing, especially the footnotes and asides that lead into yet other factual highways, but if I don’t discipline my searching, I’ll drown in data before I reach the keyboard to write.

2 thoughts on “Research:spiralling into control”