I’m delighted to introduce brain scientist, writer, blogger and tweeter, Livia Blackburne, as my first interview guest. If you haven’t already come across Livia in cyberspace, here is her brief bio: 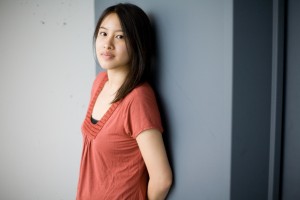 Livia Blackburne is a doctoral candidate at the Massachusetts Institute of Technology conducting dissertation research on the neural correlates of reading in children and adults. When she’s not scanning brains, Livia writes young adult fantasy and blogs about the psychology of fiction at A Brain Scientist’s Take on Writing. http://blog.liviablackburne.com   She is also the author of From Words to Brain published by 40K Books.

Welcome to my website, Livia. Your blog posts give fascinating insights into how a character’s mind works, and I’d like to start by asking you about the genre you write – high fantasy. I get muddled over genre, would you explain how high fantasy differs from other kinds of fantasy?

Livia: I’ve heard several conflicting definitions of high fantasy,and my novel fits some of them. Basically, I write fantasy that takesplace in an alternate world, in a medieval setting. This is differentfrom, say, urban fantasy, that takes place in today’s world, ordystopia, which usually takes place in a futuristic “dystopic”setting.

Trish: What is it that appeals to you about high fantasy?

Livia: Well, it’s my favorite genre to read. I think I get enough reality in my everyday life, and I like the idea of going into different worlds, where the laws of physics don’t hold and all kinds of cool things can happen.

Trish: And you’re probably more aware of the laws of physics than most of us. I’m intrigued by your combination of systematic scientific mind, and fanciful artistic mind. In what ways do they conflict or complement each other in your writing?

Livia: I think the two ways of thinking are helpful, and the cross-pollination helps both my science and my art. I do think I approach creative writing a lot more analytically than a lot of other writers. I tend to break things down into their component parts and look at them that way. It’s certainly not the only way to learn about writing, but I found it very helpful. On the other hand, I find that science requires a lot of creativity. It takes a lot to think outside the box and ask questions that people haven’t thought of before. Also, scientific writing is often about telling a story. I remember turning in a draft of a research paper to my advisor, and his advice was to rewrite the introduction to tell a more compelling story and draw people in. I kind of felt like I needed to turn in my writer card after that J

Trish: A bit of an embarrassing moment for a fantasy writer, interesting though, that his comment echoes the growing application of storytelling to everything – even to a scientific paper. What do you do to tune-in to one mode of thought or the other?

Livia: For fiction I spend a lot of time daydreaming, mapping out the scenes in my head, really seeing them, before I put them down. For nonfiction, I find it too hard to list out a coherent argument in my head. Instead, I do a progressive outline, where I basically just plop thoughts down, and then I circle back multiple times to flesh out the ideas until I have a complete paper.

Trish: At what stage is your novel-in-progress at the moment?

Livia: I recently signed with an agent, so I am revising. Most of the revisions have to do with deepening character and emotions in the story. I tend to be a plot-based writer and think of characters as things I need in order for a plot-point to happen (not recommended :-P), so I think this round of revisions will do a lot to add emotional depth and weight to the story.

Trish: Congratulations on finding an agent. So you’re all set for the traditional publishing route. Did you ever think about self-publishing?

Livia: I thought long and hard about whether to self publish, and even as I was querying, I wasn’t quite sure what I would do. I finally did end up going with an agent and am currently pursuing the traditional route. There were several factors, including the current e-book penetration in the children’s market, as well as the fact that my current online platform reaches mostly adults. But the biggest selling point had to do with craft. Basically, I look at my manuscript and objectively speaking, it doesn’t have the polish and depth of my favorite traditionally published books. And as I was talking to agents, I realized that they were smart, savvy people with really intelligent things to say about how to improve my manuscript. I decided that as a young writer, there would be value in going to the process with an agent and then an editor.

Trish: That’s an important point, I think – to know where we are and define our own objectives before deciding how best to publish our work. You have a demanding job too, what advice would you give to others with full time careers who also want to write fiction?

Livia: Time management is half the battle. If you can set aside a block of time to work on your story, then that’s really helpful. Otherwise, life just gets in the way. One prolific writer I know takes advantage of his hour-long commute to write on the subway. He gets a lot of writing done.

Trish: We’d better let you get back to yours. Thank you, Livia, for taking the time to answer my questions, I’ve very much enjoyed having you here.

Livia: Thank you so much for having me!

One thought on “Interview: Livia Blackburne”