Lorraine Mace is a columnist, editor, non-fiction author and writing tutor. Writing as Frances di Plino gives her the opportunity to allow the dark side of her personality to surface and take control. She also runs Flash 500 – flash fiction and humour verse competitions. 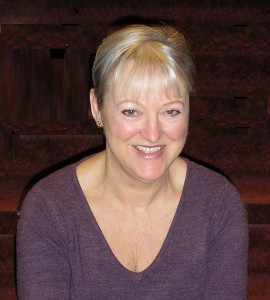 Trish: Lorraine, welcome to my tree house. It is a great treat to have you here, and congratulations on the publication of Bad Moon Rising. A deep, psychological crime thriller – I think it’s your first fiction release? Why did you choose that genre?

Lorraine: It is indeed my first release, although not the first novel I’ve written. I’ve completed four novels for children, but this is the first for adults. I started the novel way back in the mists of time, shortly after the last dinosaur disappeared. I was reading a lot of crime back then, so it was natural to be drawn to the genre. I never got any further than the first three chapters, which I polished so often they shone, but couldn’t bring myself to get down to the hard slog of finishing the novel. In 2010 I finally forced myself to knuckle down. I’m now very glad I did!

Trish: What we all want to know is: how difficult was it to get Bad Moon Rising published? Had you already papered the loo with rejection slips?

Lorraine: I only submitted Bad Moon Rising to two publishers. The first liked it enough for it to get quite a long way through the acquisition process, but declined in the end with a very complimentary letter of regret. The second, Crooked {Cat} Publishing, accepted it.

Trish: That’s wonderful. So, what is your advice to others trying to get published?

Lorraine: Don’t submit too soon. Join a peer review group (online or in real life), or pay to have your work professionally critiqued. Agents and publishers are busy people and they are inundated with submissions. To be accepted, your work has to be as close to perfect as you can make it.

Don’t do as I did and keep polishing your opening chapters – write the full book and only then worry about making it shine – all of it.

Do your homework – don’t submit to agents or publishers who aren’t already handling work in your genre. No matter how brilliant your novel might be, no one is going to make an exception for you unless you are already a household name.

Trish: Had you ever considered self-publishing?

Lorraine: Only very briefly. Although I admire any writer who decides to go it alone, I knew this wasn’t the right path for me to take. I don’t have the skills required to format a book so that it looks professionally produced – and I don’t have the time needed to acquire those skills. I also wanted the services of a professional editor. I have seen too many self-published books that are crying out for a red pen to lift them from mediocre to the next level. I am a firm believer in a writer not being able to see their own flaws, even when they can spot those same mistakes in the work of others.

Trish: You have many irons in the fire: you write in multiple genres, run competitions, courses and offer critiquing services. The received wisdom is to develop a platform by becoming well known for one thing. Is this a counter-strategy for you, to be out on all fronts?

Lorraine: No, I had no definite strategy at all. My repertoire is a bit like Topsy, it just grew! When I started out, all I wanted to do was write short stories and had quite a bit of success with various weekly magazines. I became a humour columnist almost by accident (first for Living France, then Spanish Magazine and now Writing Magazine). I used to write the occasional article showing the funny side of living in France and the editor at that time, Lucy-Jane Cypher, offered me a regular column.

From that point on, I concentrated on the non-fiction side of writing because it provided an income I could rely on (not as easy to achieve with fiction). Maureen Vincent-Northam, a good writing friend, and I were chatting one day about how difficult it was for beginner writers to find all the information they needed and what a pity it was that there wasn’t a book covering this – which led to our writing The Writer’s ABC Checklist.

In the meantime, I wrote a children’s book for my own enjoyment, but that too took on a life of its own and led to me being taken on by a specialist children’s agent.

However, I never forgot my first love, which was writing short fiction and still wrote the odd piece of flash, but when I looked around for a competition to enter, none of them at that time offered decent prize money – so I decided to start my own and Flash 500 was born. It’s now in its third year and going from strength to strength. A year ago I added a humour verse category (another love of mine as I have won competitions in that category).

I started offering critiques on the flash fiction entries because I could see that many writers hadn’t quite grasped the concept of what constituted flash fiction. The private critique service grew from there due to word of mouth, as I started getting emails from writers asking if I would critique longer works.

So, from a business point of view, as opposed to a writer’s one, there were gaps in the market that I felt I could fill: The Writer’s ABC Checklist, the competitions and the critique service.

Bad Moon Rising and the children’s novels were written in between all my other activities.

Trish: From your answers, I know you’ll be working on something new already?

Lorraine: My publisher has asked for the second in the crime series and I am in the process of finishing another children’s novel. I also have a work of literary fiction, which has been in progress for so long that I think I might be in my dotage before I even complete the first draft.

Trish: Well, I feel lucky to have caught you. Anyone who thought a writer’s life was a leisured one now knows different. Thank you very much, Lorraine, for putting aside the time to share all this with us. And I wish you every success with Bad Moon Rising. 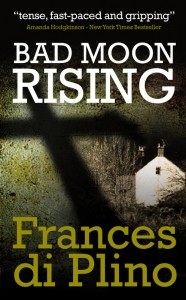 Lorraine: It’s been a pleasure. Thank you, Trish, for inviting me to spend time in your lovely tree house.