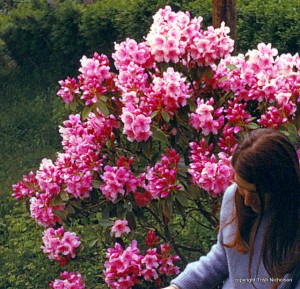 Did the ancestors of your garden plants come from Bhutan?

One of the exciting things about travelling, for a keen gardener, is to see familiar garden plants in their natural habitat. Over the last 500 years, plants have been collected from all over the world for scientific research; to be grown as specimens in botanical gardens; to grace the estates of the rich, or to be hybridised in commercial nurseries for everyman’s garden.

You would recognise many of the flowers and trees in Bhutan, although they may have subtle differences: yew, larch, juniper, maple, pine, magnolia all grow in profusion. Not being a botanist, the glorious sight, scent and smell of the forest is usually enough to satisfy me without recognising their names. 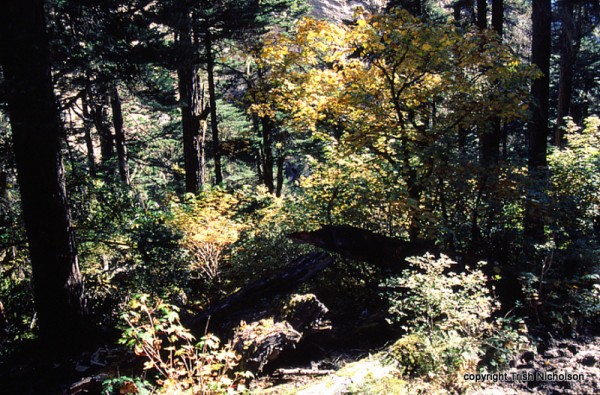 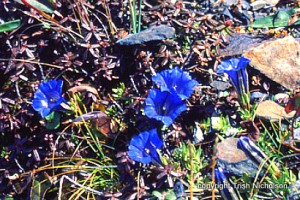 But the vivid blue of gentians is hard to miss. Gorgeous to look at, they also serve a practical purpose; gentian roots have been used for thousands of years as a remedy for liver and digestive complaints.

One of the most famous plant collectors was a tough Scotsman, George Sherriff. Although badly injured in the First World War, he fought again on the North-West Frontier, and was appointed to a diplomatic post in Kashgar (Kashi). Captivated by the Himalayas, he teamed up with a biologist, Frank Ludlow, making numerous expeditions to Bhutan and Tibet to collect seeds and plant material. Their travels spanned 15 years, the final trip in 1949. (Harold Fletcher tells their story in A Quest of Flowers 1975 Edinburgh University Press)

Among the many thousands of seeds and plants they brought back, were new species that are household names in suburban and country gardens: Hydrangea, Cotoneaster, Viburnum, Berberis, and Sorbus or Mountain Ash (better known in Scotland as the Rowan tree). 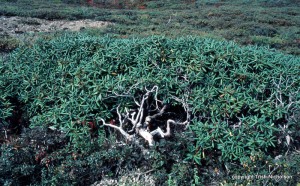 Edinburgh’s Royal Botanical Gardens received large quantities of plant material from Sherriff and Ludlow’s expeditions. Botanists there are currently accumulating a significant data base of Bhutan’s flora. Another Scottish recipient was Bobby Masterton, founder of Cluny House Gardens in Perthshire. Among the seeds he obtained were previously unidentified species of rhododendrons.

Whole hillsides in Bhutan are covered in rhododendrons, patching the valleys with greens of different hues and textures. 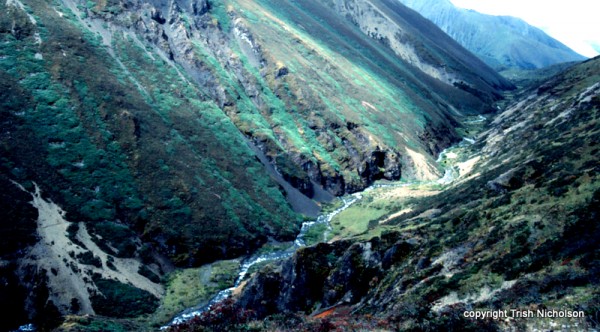 Whether large bushes or miniature ground-hugging species, they are a magnificent sight even when not in flower. 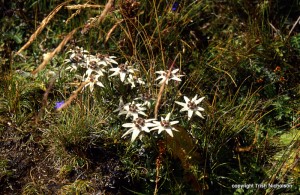 The names of many flowers along our path were unknown to me, but I think this is Edelweiss (whose name in German means ‘noble whiteness’ and belongs, surprisingly enough, to the same family as the sunflower: Asteraceae).

If you can identify the names of the following two plants, please leave a comment. I would love to know what they are. 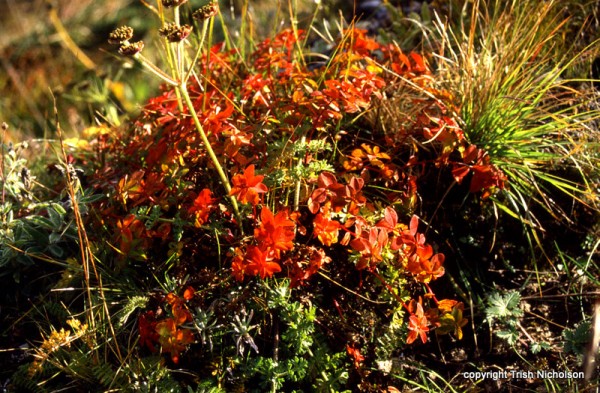 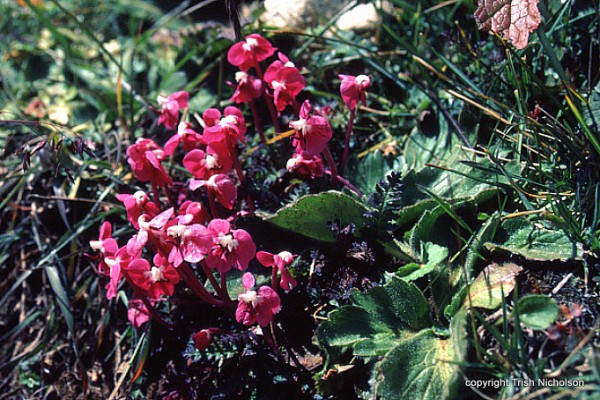 One of the most evocative images of Bhutan is the ‘elphin forest’ where lichen drapes the trees like fairy curtains. 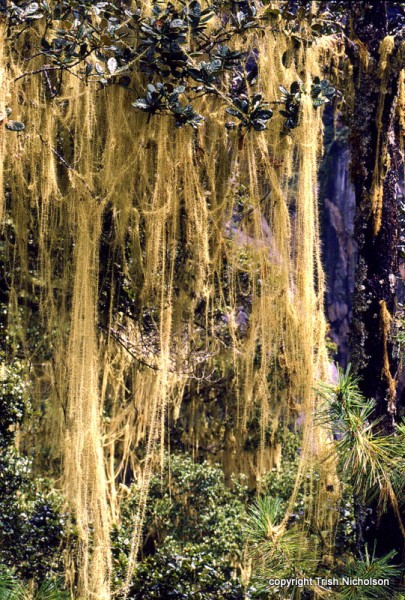 “Clumps of dwarf delphiniums along the path bore plump seed pods and still clung to one or two fading flowers. It was like strolling through a vast wild shrubbery against a view of black peaks etched in snow, with fine scree – silver in the sunlight – fanning out onto the valley floor below. The whole scene had the feel of a huge living thangka, waiting only for the monk to paint some deity in the centre.”

Excerpt from the illustrated e-book travelogue:  Journey in Bhutan: Himalayan Trek in the Kingdom of the Thunder Dragon

Please note that my photographs in this series of Travel Tales of Bhutan are not those used in the travelogue. The 20 original colour plates featured in the e-book are not reproduced anywhere else.

One thought on “Travel Tales of Bhutan: floral connections”