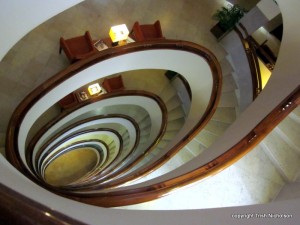 Of the many things to do and see in beautiful Porto, here are a few that were highlights for me. First, my accommodation. I slept here, er … not actually in their splendid stairwell, but at the Pão de Açucar guesthouse/hotel in Rua do Almada, 200 metres from Porto’s grand City Hall, right in the centre. 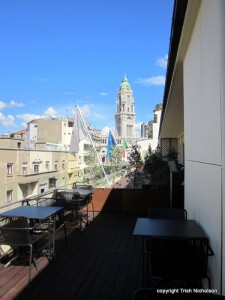 If you’re thinking: Hmm…expensive, you are wrong. Superior top floor rooms with roof terraces demand a higher tariff, but my single room with en suite and all I could eat for breakfast (cereals, juices, fruit, numerous sorts of bread and cakes, ham and cheese) cost UK£39 per night. When the sun shone, we ate breakfast on the part of the terrace that is for everyone’s enjoyment. It has character, too. Public spaces are crammed with memorabilia and collectors’ items. And not just Meccano’s old Dinky cars: the front of an old Ford Anglia is set into the sitting room wall! 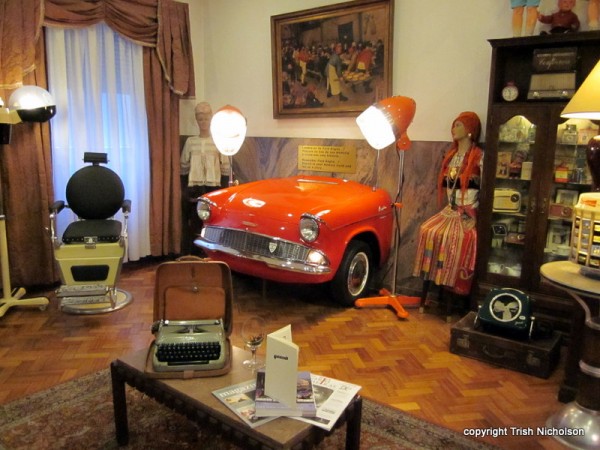 My bedroom was small, but that never bothers me: I’m only there to sleep. After a previous life-time of back-packing, all I ask for these days is a clean, secure environment and a good mattress. But I received a friendly “Ola!” from everyone as well as any assistance I needed – reception is staffed 24 hours a day. The only thing I missed was tea-making facilities in the room. Next, a cruise up the Douro River which flows through the centre of Porto, the original route for casks of port wine coming downriver from inland quintas (vineyards) on flat-bottomed sail boats – barcos rabelos – for storage and eventual export. Port was the first wine to be defined and regulated for international trade (i.e. with an appellation exclusive to Douro Valley), protection of authenticity which began in 1756. Since a series of hydro-electricity dams was built along the Douro in the 1950s and 1960s, wine is transported by train or truck tankers. 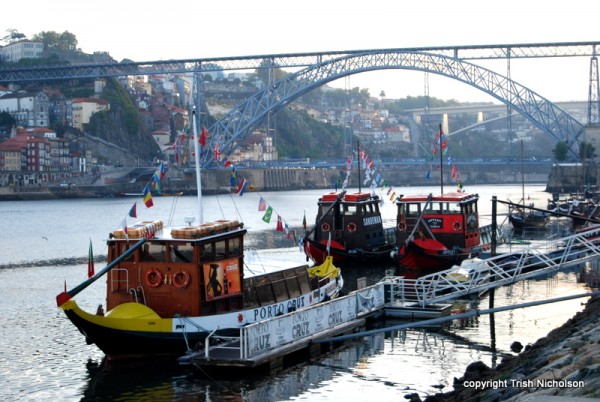 You can take a one hour cruise on a modern diesel version of the rabelos, going under six splendid bridges, or you can do what I did: a full day (about 8 hours) cruise all the way up to Pinhão – the centre of port production – and back to Porto via a two-and-a-half-hour train ride, all in the price including continental breakfast and a sumptuous three course lunch. Several companies offer these trips; I cruised with Barco Douro. 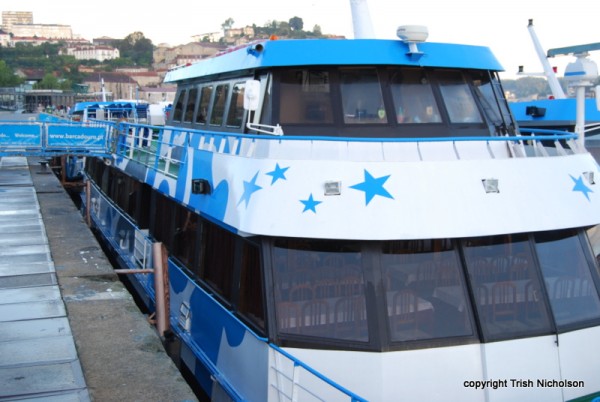 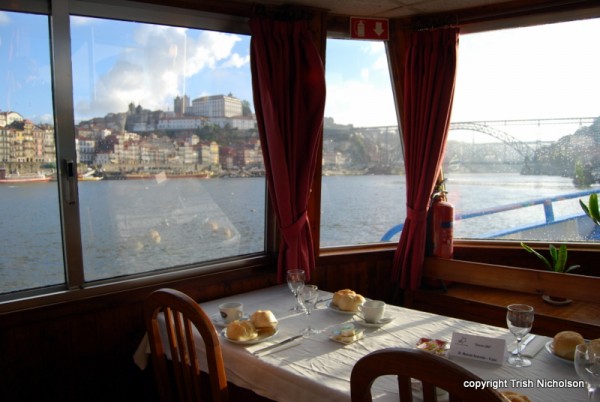 Prices vary slightly depending how far up the river you go. Naturally, I went all the way and, booking from a little kiosk near the main railway station, it cost 75 Euros, about £60 at that week’s exchange rate. Porto’s river side – the ribeira – is a glorious site when morning sun picks out the cathedral on its rocky eminence as you glide under magnificent bridges. 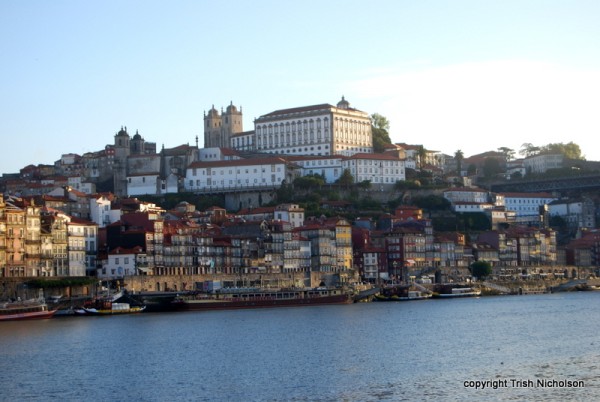 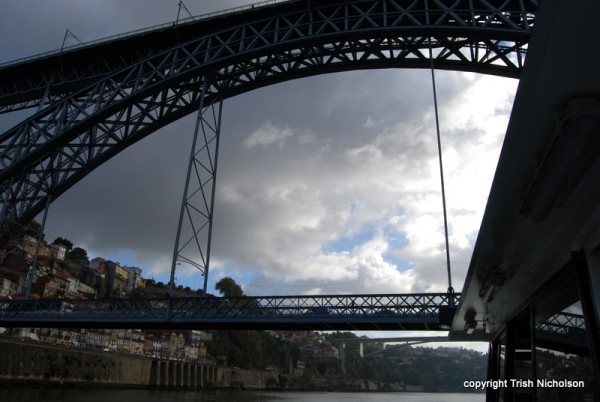 The passage was as smooth as lying in a warm bath under a gentle breeze from an open window. Light flashed on the water like stars in a clear night sky as we followed the rivers gentle curves, first between forested hills, then beside stone-faced terraces contouring down from summits to the water’s edge, clusters of butter-coloured houses clinging to each other on narrow rocky promontories – the best land preserved for cultivation. Multi-hued greens, browns, greys and creams overlapped as olive groves merged into almond orchards and both gave way to vineyards on richer soils. The quintas were family estates in the old days, many are now owned by international wine companies. Well known names reached out to us in bold letters from successive hillsides as we glided passed: Alvas di Sousa, Quinta a Nova, Ferreira, Sandeman. Vegetation reclaimed derelict wine stores along the water’s edge, abandoned since the dams were built. Negotiating the navigation channels at each dam through deep-sided locks, cascades of water seeping through massive metal gates lowered in front of us and behind us, was as eerie as it was fascinating; each channel narrower than the last until the final lock with only inches between the boat and the drapes of green slime on walls towering 30 metres above us, and the smell of burning rubber when the tyre buffers along the vessels sides scraped against the wall as we rose, surprisingly quickly, with the water level. Further upstream, the river narrows between steep  green hillsides and the bends deepen, making mysteries of what lies beyond. I couldn’t help recalling Joseph Conrad’s steamboat passage into the Heart of Darkness in a continent so far removed from sunny Portugal. 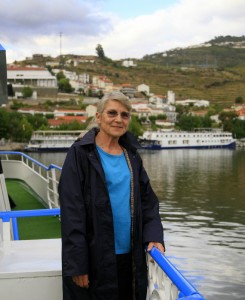 [Why no photographs in the last four paragraphs? Because minutes after leaving the quay, my camera no longer functioned and the spare was sitting on a table in the hotel room. My verbal reaction to that situation has been censored, but there is a picture of me – wearing a brave smile as we approached Pinhão – thank you, Richard.] On weekends, cruises include an optional (extra) stop-off for wine-tasting at a vineyard, but you don’t have to cruise to try out all the varieties of port (my favourite is white port). Near the top of Rua de Ferreira, near the Bolsa Palace, is the Instituto dos Vinhos do Douro e Porto – the wine institute, and there you can taste port until your head spins. (Best done after climbing the bell tower of Igreja e Torre dos Clérigos). A market is always a high spot for me and the covered Mercado do Bolhão, between Rua de Santa Caterina and Rua de Sá da Bandeira, was no disappointment. You can buy almost anything here, local produce is abundant and even bread is never dull. 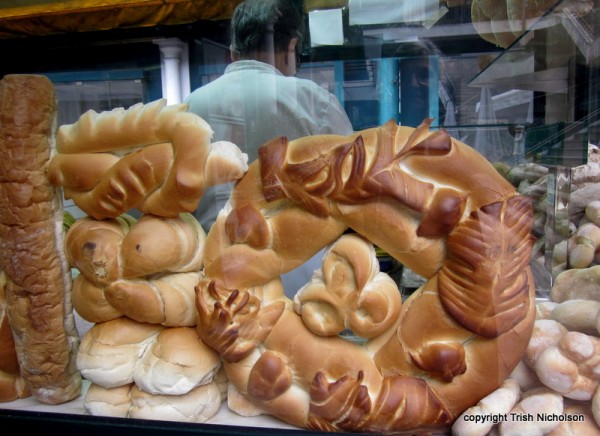 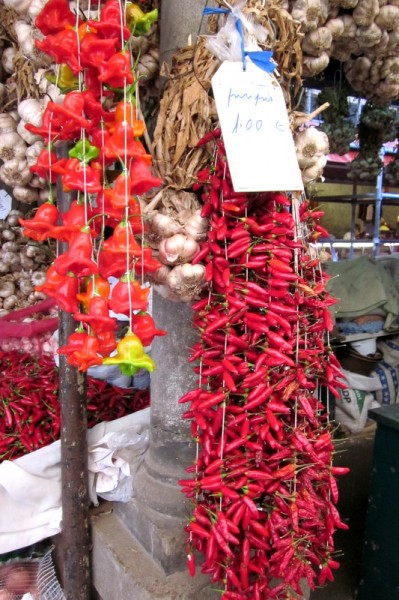 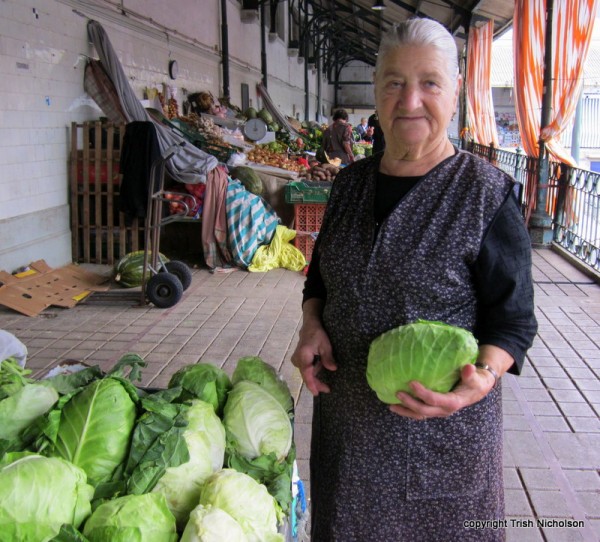 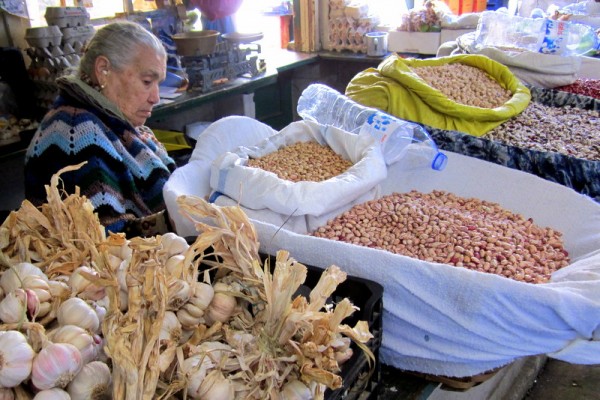 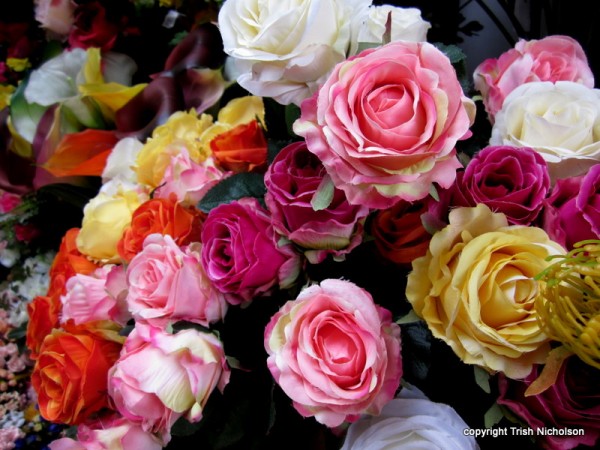 The fresh flower stalls are an eruption of colour and fragrance, but these roses are actually made of silk – clever aren’t they? And then there are wonderful museums, galleries, theatres, rides in a historic tram or on the Yellow Line and Blue Line city tour buses – get on and off at will – but I will not describe them here because they are so easy to find when you get there and such a joy to explore for yourself. A brief comment on shopping, though: visitors are usually directed to Rua de Santa Catarina as a main shopping area, and it does have some inspiring shoe shops. 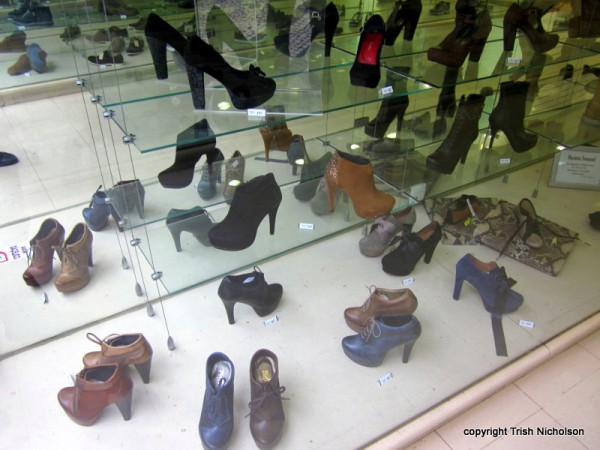 But wondering through the narrow streets and into boutiques on the other side of town can bring rich rewards in books (see last week’s post), art, ceramics, leather and even plumbing parts, should you have a need for them. And if you are looking for reproduction period fittings for house renovation, you will find them in Porto which is currently in the throes of rehabilitating its own ancient dwellings. All right, I know some of you are simply scrolling down, missing it all, impatient to find the handbags – here you are: 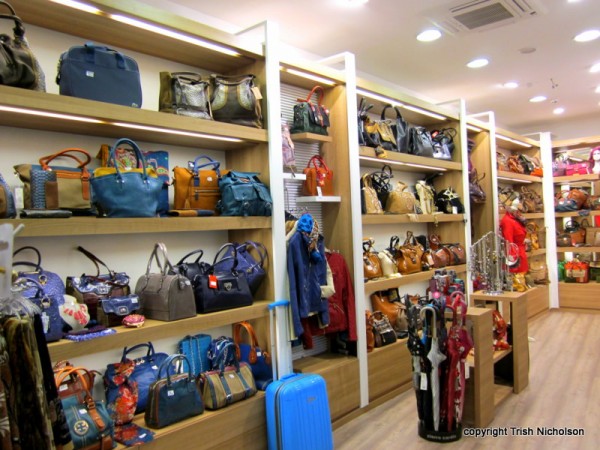 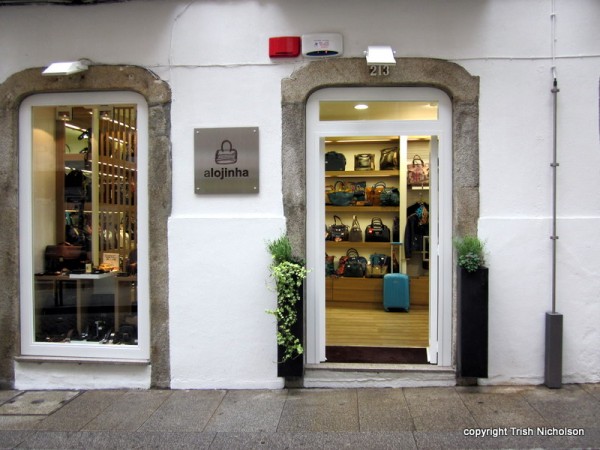 This boutique is in the Rua do Almada, not far from the hotel. No, I didn’t buy one, my favourite little bum-bag is all-purpose, but I did acquire a lovely plaited leather belt. [As always, my views here are personal and independent: no one sponsored, subsidised or contributed in any way towards the costs of my visit to Porto – or anywhere else.] I’m afraid it is backpacks rather than handbags, but if you like reading about travel I think you would enjoy the eBook travelogue Journey in Bhutan: Himalayan trek in the Kingdom of the Thunder Dragon.

8 thoughts on “Boats, Booze and Bags: in Porto”