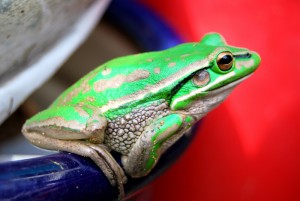 Today is June 10, historically not a bad date – it saw the birth of Sir Terence Rattigan, Saul Bellow, Maurice Sendak, Frederick Loewe, and Judy Garland, among others.

And on this day in 1829, ‘Hooray Henrys’ first yelled their allegiance from Henley Bridge during the inaugural Oxford and Cambridge boat race. And in case you are wondering – Oxford won. True, it was also the day Margaret Thatcher won her second term as British Prime Minister in 1983 but then, who voted her in?

An old family friend – long since gone to a better place – was, at one time, Personal Assistant to Toscanini, and I was fascinated to learn that on June 10, 1931, Toscanini and his wife were finally allowed to leave Italy after his passport had been confiscated because he refused to conduct the Fascist anthem at a concert. He later protested against the Nazis, too, by refusing to conduct at the 1933 Bayreuth Wagner Festival.

We each have our favourite sources of writing cues, whether we write fiction,  or non-fiction, and one of mine is The Wordsworth Book of Days, edited by Gerald Masters, from which I gleaned the tid-bits above.

For fiction writers, the events described for each day are a wondrous source of original plot ideas, or of those specific tiny details that give a story authenticity and resonance. Turning to May 17 for example, romantics might like the interment – in Paris in 1163 – of Héloïse, the secret wife of Abelard; he had died twenty years earlier but was exhumed and reburied to lie next to her.

Or this, for social historians: half the city of Cardiff was sold-off by The Marquess of Bute in 1938 for the whacking sum of £20m; in the sale were theatres, shops and whole villages, including some 20,000 houses – so how did that affect everyone? And no doubt a humourist could make something of the fact that Charlie Chaplin’s coffin appeared on this day ten miles from the Swiss cemetery from which it had been stolen a couple of months earlier – where the hell had it been?

Freelance writers for magazines are usually penning articles and features for publication four to six months ahead; the Book of Days can give a heads-up on more unusual topics and anniversaries. Let’s take November 5: instead of all those boring articles about Guy Fawkes, we could write about the fireworks after Rudolph Valentino married actress Jean Ackerman and was locked out on his wedding night. The marriage lasted less than six hours; can any modern celebrity beat that record?  But maybe we should keep that story as an antidote to St Valentine’s Day.

On a different tack, November 5 was also the birthday of Art Garfunkel, and of Roy Rogers, who later became a cento-millionaire; unaccountably it gives no biographical details for the real star performer: his horse, Trigger.

Or, you could write about the frog…